In the idyllic Galapagos Islands, the rare and spectacular wildlife live freely in their undisturbed, natural habitat. Or so it used to be.

Once the Archipelago was discovered, the wildlife became increasingly affected by this human presence. Whilst many organizations work tirelessly to decrease this impact, with increasing numbers of tourists entering the islands, the human-wildlife interaction is inevitable. 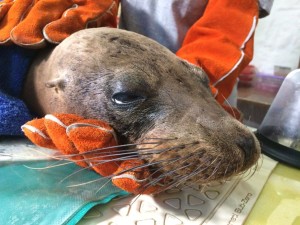 The Galapagos National Park Directorate works constantly to protect the native wildlife, including regular monitoring of all the protected areas. On one of their recent rounds, the one of the park guards had seen a sea lion with a large wound. Andrea, the park vet called Dr. Carmen to help. Arrangements were quickly made to capture the sea lion and bring her to the Darwin Animal Doctors clinic. 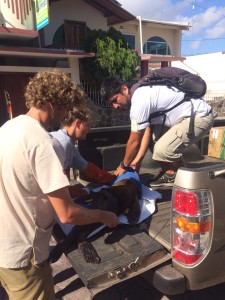 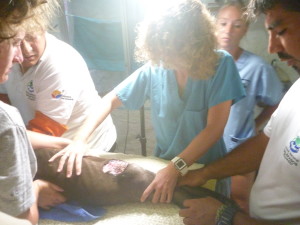 Dr. Carmen’s examination found a very severe and deep cut towards her tail, where most likely a boat’s engine blade had cut through her skin, fat, muscle layer so deeply as to damage a vertebra. Her back flippers also had wounds. The poor sea lion was in terrible condition; she was skin and bone, weak from her extensive injuries. 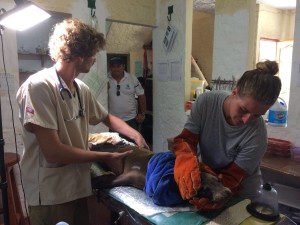 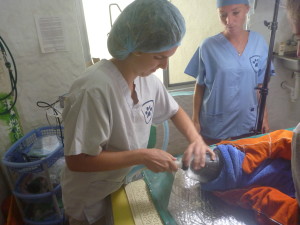 The only option to save the sea lion was to surgically close the wound. Thankfully, due to the Doctors new surgery set up, it was possible to administer anesthetic and monitor the sea lion’s respiration and heart rate. The mechanism can even mechanically breathe for the sea lion if she were to stop breathing for herself. With Dr. Paul as anesthesiologist, Doctors Babette and Carmen conducted the surgery together to have the sea lion under anesthetics for the shortest time possible. 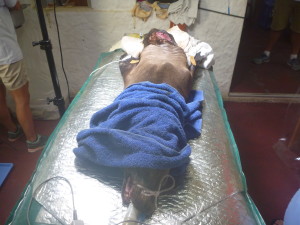 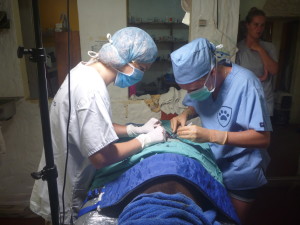 “It was a very deep wound but we managed to close it. We had to remove a lot of damaged tissue and foreign bodies and put a lot of supportive subcutaneous sutures to hold it all together. She was stable during the whole surgery,” Dr. Carmen reported. 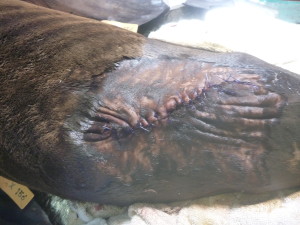 With such serious injuries and weakened state, her survival is unlikely. But the Darwin Animal Doctors team did everything possible to help give her a fighting chance. As our world moves at a faster and faster pace, we all need to slow down and become aware of the danger for animals that might be in our path. With the increase of marine tourism and inter-island transportation the incidence of boats coming in contact with marine animals has become an issue across the planet.