This month, the Darwin Animal Doctors would like to shine the spotlight on one of our long-term supporters, Stacey Marye.

Stacey, a mother of two, is a school nurse at the Gillen Brewer School, a school for children with severe learning disabilities. Stacey got involved with Darwin Animal Doctors a few years ago when she met some of the team at a comic con and bought a set of “A Piggy’s Tale” comics for her school library. At this point in time, Stacey was unaware of the impact that the comics would have in her school, and that she would have on the Darwin Animal Doctors team.

After watching students read Piggy’s story to one another and seeing their love for the three-legged superhero and his adventures, Stacey contacted Tod, author of “A Piggy’s Tale”, human of Piggy, and Darwin Animal Doctors’ president. Stacey explained to him the effect that the comics had had amongst the students. The children loved Piggy, and so Tod and Stacey thought up the wonderful plan to organise for the children to meet their superhero. In February of 2016, thanks to the hard work and organisation of Stacey, the students at the Gillian Brewer School got a wonderful surprise.

Piggy had come to visit and spend time with the children, sharing his story and courage. Piggy also helped to run humane education workshops – one of the first times that the Darwin Animal Doctors’ humane education curriculum was officially trialled in schools. The students had an amazing day and were insirped by Piggy’s strength and his superhero abilities, despite only having three legs. 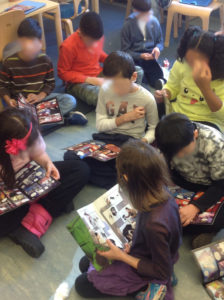 After that, Stacey began volunteering with the Darwin Animal Doctors; speaking to teachers who were interested in bringing the curriculum or graphic novel to their schools or libraries and promoting humane education in general. Stacey also volunteered her time at the New York Comic Con, alongside some of the dedicated children from her school.

Stacey continues to be an advocate for humane education (and Piggy!) and animals in general and is known to always jump in to lend a hand whenever she can. Piggy has since returned to the Gillen Brewer School, loving the opportunity to work with such courageous young children, and share with them his love for life.

Thank you to Stacey, and other supporters like you, for your continuing support of Darwin Animal Doctors and our veterinary and humane education efforts; We couldn’t do it without you. 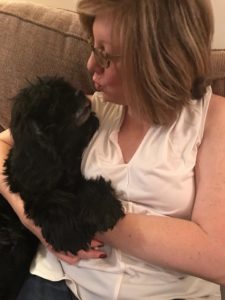