Negro, a young black cat, went missing for 4 days. When he returned home, his owwners were so happy to see him, but immediately worried when noticed that Negro was dragging his front leg. They thought that he might have broken it on his great adventure, so they brought Negro into the clinic for an evaluation.

Upon examination, we could feel that the bones were not broken but instead Negro’s neurological function to the front leg was severely damaged. This is due to traumatic stretching and tearing of a large bundle of nerves called the brachial plexus that supply the front leg. Luckily, this injury does not require surgery and with rest alone, Negro could regain some, if not all of the function back in his front leg.

Unfortunately, Negro did not completely avoid surgery. During the exam, we also found a large bulge on his side. The traumatic event that damaged his leg also caused a rip in his body wall so that his intestines were sitting under his skin! Dr. Carmen performed surgery and put the intestines back into his abdomen and sutured the hole closed. 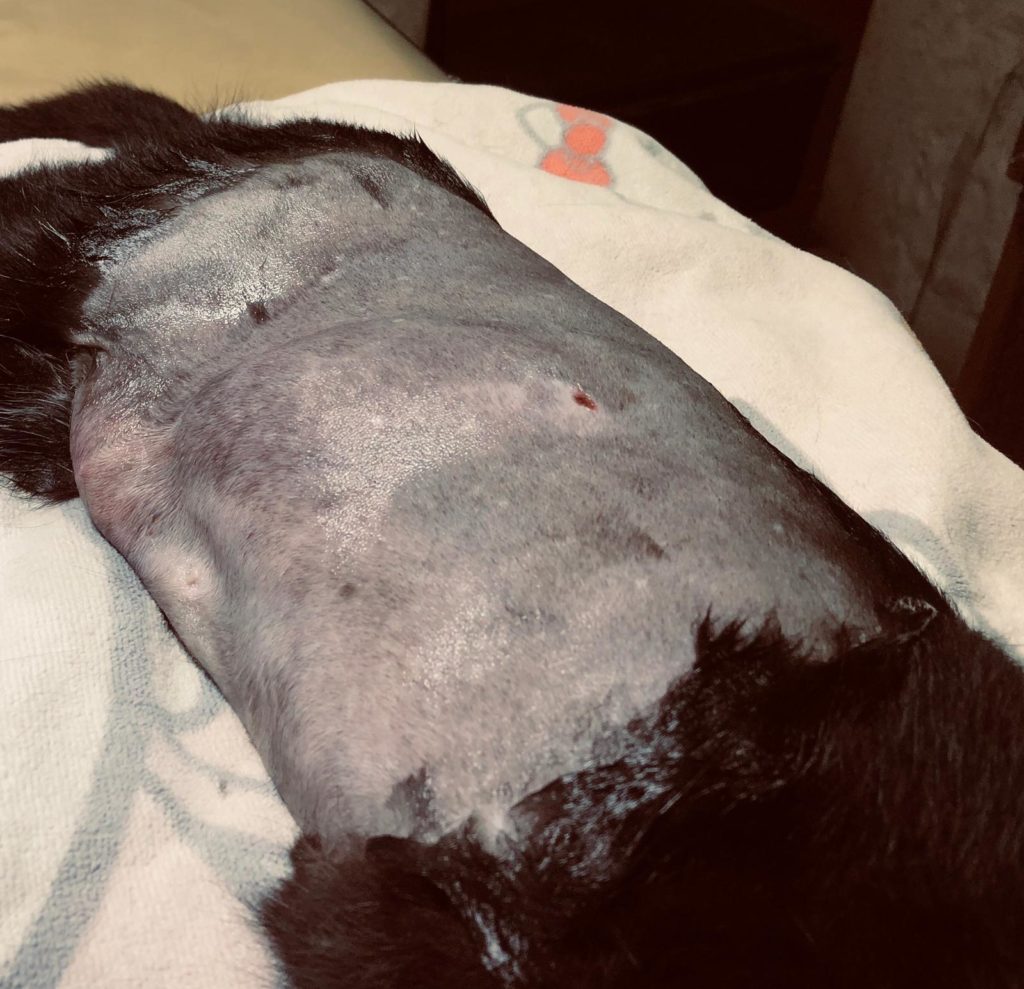 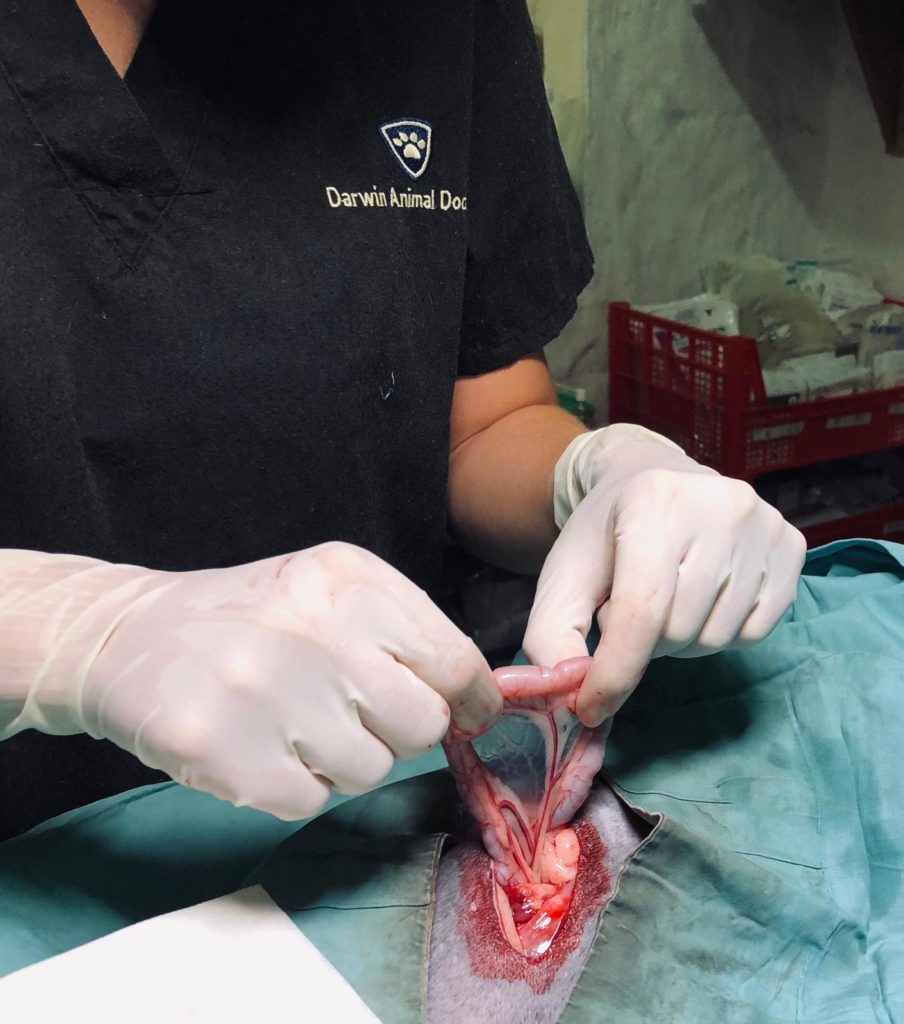 Negro needed another surgery that night. His jaw was fractured at the very front, called a mandibular symphysis fracture. Dr. Carmen wired the jaw back together to stabilize it for healing. 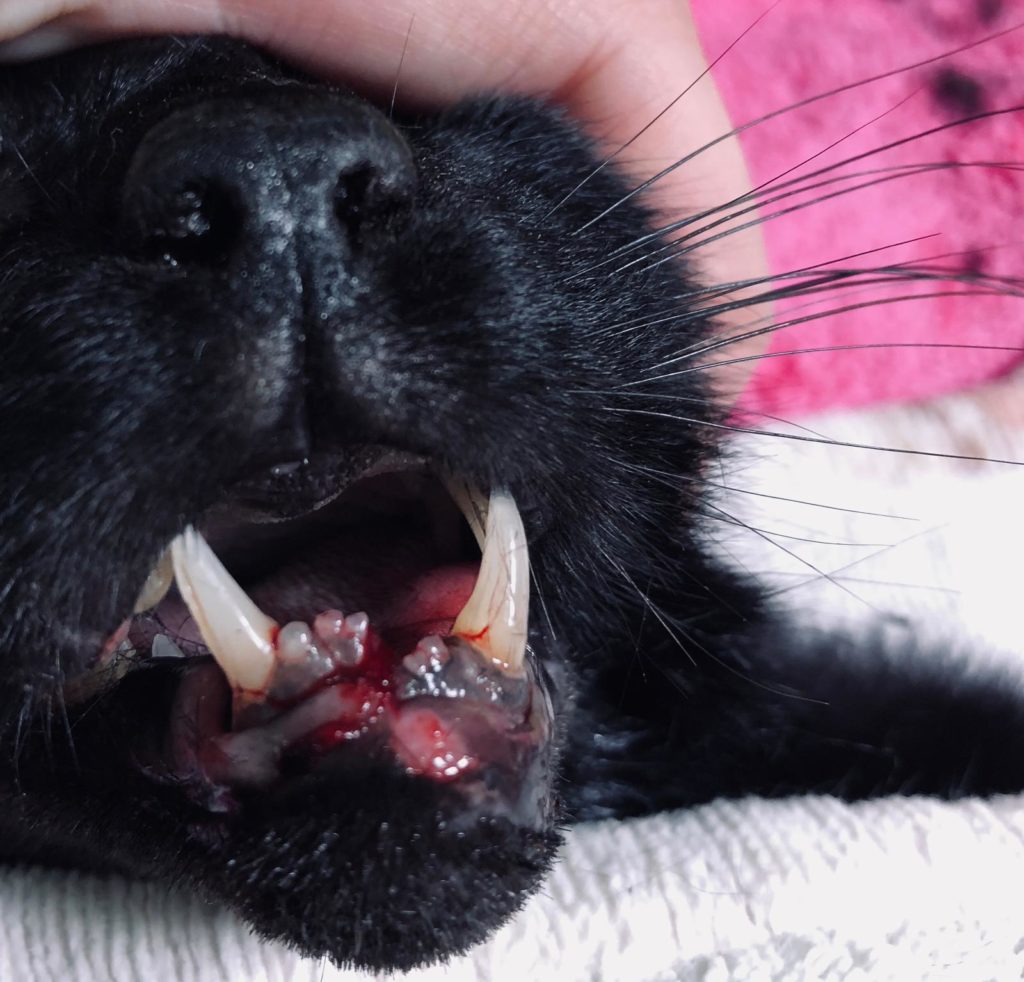 The wire will be removed in 6 weeks and then Negro will be ready for adventures again, but from now on he should stay in the house to keep out of trouble! He only has six lives left!

Consider contributing to Darwin Animal Doctors so we can continue to treat animals such as Negro.

Read about more stories on our blog!