Over the years your generosity towards our Giving Tuesday Campaigns have helped so many of our partners all around the world.

This year it has been for our friend and partner, Rudi at ISCP (https://www.facebook.com/iscp.original) in Sumatra. 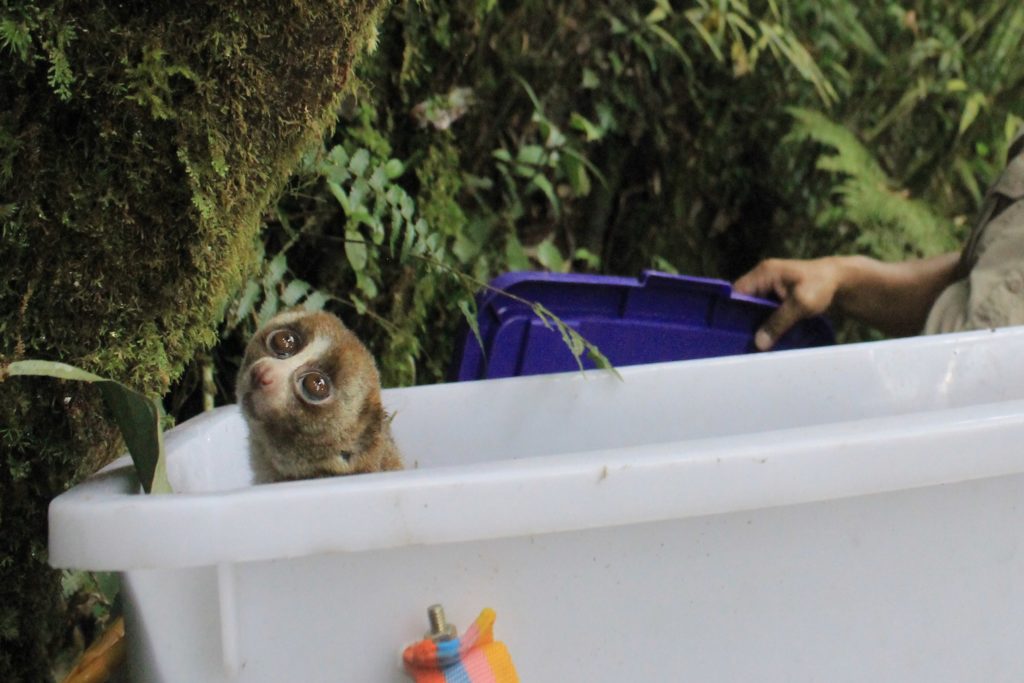 In the last couple of weeks, Rudi has been diagnosed with Non-Hodgkins lymphoma. Thankfully it is treatable, but it is going to involve a course of expensive chemotherapy treatment.

Rudi’s work has been tireless. We’ve featured his work in our weekly highlights many times this year. Along with his team at ISCP they have now rescued close to 100 slow loris, over 1000 songbirds and raptors, gibbons, leopard cats, macaques, binturongs, sun bears and other wildlife. http://darwinanimaldoctors.org/?p=3421 And Rudi and his team worked hard in September to create a day to champion the animals they work so hard to protect, creating International Slow Loris Day on September 13th http://darwinanimaldoctors.org/international-slow-loris-day. His dedication to his work and these amazing animals in inspirational.

He didn’t pause throughout the restrictions of the summer, with ISCP expanding with the building of a gibbon enclosure, and welcoming a beautiful pair of Siamang gibbons in August http://darwinanimaldoctors.org/gibbons-in-sumatra/. Rudi and the ISCP team also spent the summer organising and distribution care packages to members of their local community, as seen in http://darwinanimaldoctors.org/summer-campaigns-update.

And who could forget the adorable sun bear rescued at the start of the year http://darwinanimaldoctors.org/piggys-sun-bear-champions, who is still being cared for by Rudi’s team.

In all, Rudi is an amazing individual, who’s dedication and commitment is beyond inspirational. Even when his own need is at it’s greatest, he is still focused on his passion: saving Sumatra. He never once asked for our help in this and has been attempting to raise the funds himself, even planning to sell his own possessions to pay his hospital bills. Not only that, but he has continued working from his hospital bed. The news from ISCP just keeps coming. Just this week they have another 3 slow loris waiting for release from their rehabilitation centre.

In loving memory of our hero, Piggy: