This six month old dog came into the Galapagos Clinic for a regular sterilization appointment. However, on arrival, the Doctors very quickly saw that Blacky had an exceptionally bad tick infestation. The problem was so bad that while Blacky had a wonderful demeanor, he had to be sedated in order to remove all the excessive number of ticks! And so the team cleaned Blacky from ears to tail; removing ticks from every inch of his body. Non-surprisingly, he also tested positive for Ehrliclia; a common tick borne disease on the Islands. Blacky had to be sent home with antibiotics, a future appointment for sterilization and strict instructions on tick removal! 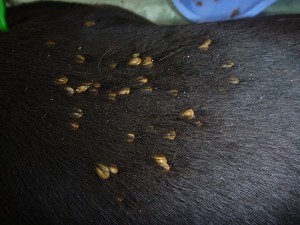 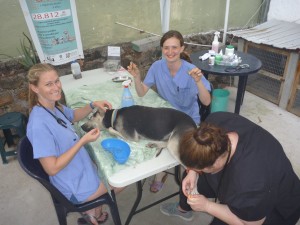 Unfortunately, Blacky did not return for his appointment, but returned a few weeks later… once again infested with ticks! As it turns out, Blacky’s owner works on a tourist boat and often goes away for weeks at a time. He leaves Blacky with a friend in the highlands where the young dog runs free and manages to get himself covered with ticks again. Luckily, Blacky’s owner cares a lot about him and, as soon as he returned and saw the state of the pup, he brought him straight back to the Darwin Animal Doctors clinic. The Doctors set to and, once again, removed all ticks from Blacky. They also gave Blacky a tablet that kills ticks and fleas rapidly and, as further prevention, gave him a long acting tick collar. The owner was sent home with a tick hook in order to remove any remaining (or new) ticks and, once again, a future appointment for castration. 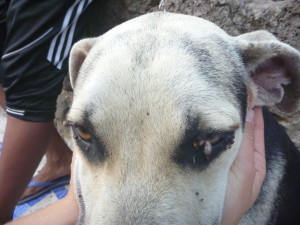 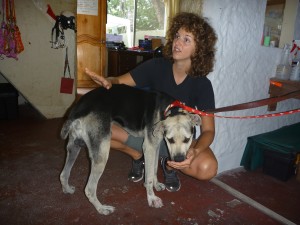 A week later, Blacky returned for his appointment – with almost no ticks! The Doctors were very happy to see Black in such good condition! Blacky was successfully castrated and is now a happy and healthy, tick-free dog!

Remember to check your dog regularly for ticks and carefully remove them when found. Ticks especially tend to favour in between the toes and inside the ears, so don’t forget to check there! 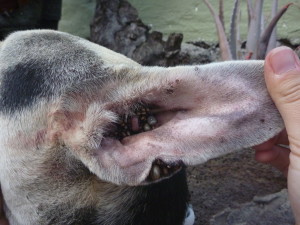 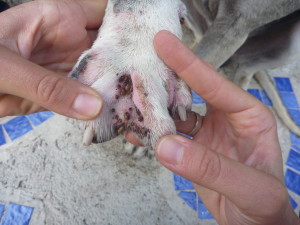