Stubs first came in to the Darwin Animal Doctors’ clinic in April, when he was only 2 months old. He had come in for a puppy health check with his sister Rose. Rose became quite well known to the clinic, as she faced a few health problems in her first months. Stubs, on the other hand, had not needed any extra attention or care.

One day, however, Stubs stopped eating and drinking and became quite lethargic. After he still did not improve the next day, the family brought him into the clinic. After looking him over, Dr. Daphne noticed that the wound from his sterilization surgery (which had happened about a week before) looked a little infected. She gave Stubs an antibiotic treatment and something to help with the nausea, so that he would start to eat again. Stubs went home with his family with instructions to return if his condition did not improve.

Three days later, Stubs returned to the clinic. He was still not eating or drinking very much, and did not seem to have any more energy. The family reported that there were no other symptoms such as vomiting or diarrhea, although Dr. Daphne noticed that his abdomen did feel quite tense.

That evening, and continuing over the next day, Dr. Daphne and the team began treating Stubs’ symptoms and running blood and urine tests to determine what could have been the cause. That next evening, however, Stubs’ condition got worse as he began to present with seizure-like symptoms.

Dr. Richard was onsite when Stubs began his seizures. With the help of some volunteers, Dr. Richard was able to treat Stubs’ symptoms and return him to a normal, balanced state. Stubs remained in the clinic overnight for monitoring and to await the results of his final tests.

The next day, the Doctors were able to determine that Stubs had meningitis, an infection of the membranes which cover the brain and spinal cord. The Doctors gave the little pup the treatment that he needs to help fight the meningitis. Over the next days, Stub’s condition improved. He began eating and drinking again, gaining 2 kilograms of body weight, and some of his energy was beginning to return.

Stubs still has a long road to recovery, and the Doctors will need to continue to monitor his progress to ensure his continuing improvement. Make sure to check back in with us to see how the little pup improves. 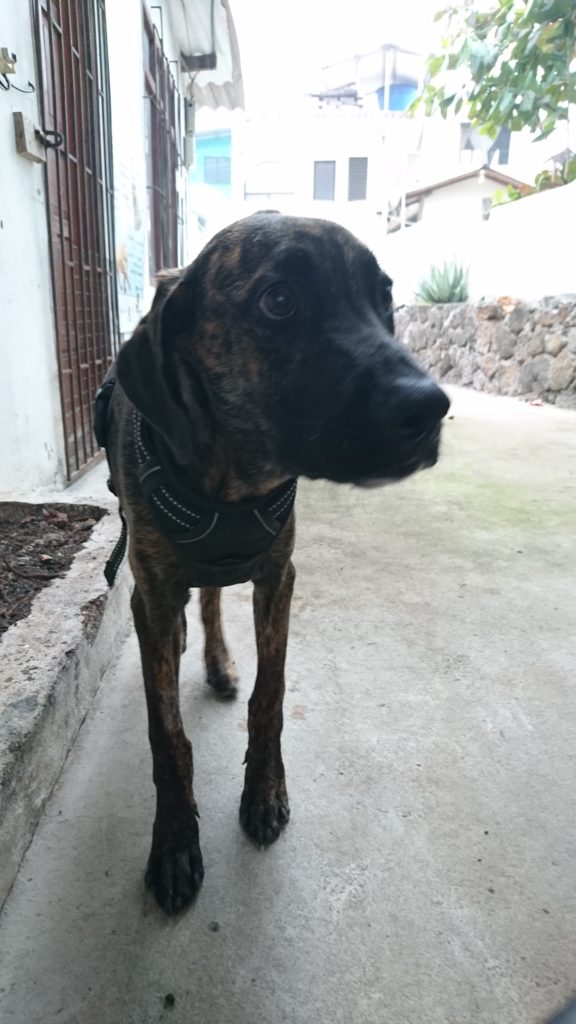 Help other animals, just like Stubs, get the essential medical that they need to survive. Donate today.